One early Buddhist text, the Samaññaphala Sutta lists the ability to create a “mind-made body” (manomāyakāya) as one of the "fruits of the contemplative life".[1]:117 The Tibetan use of the tulpa concept was to have students practice the formation of a mind-made body which would manifest a genuine deity. While the students were told that the tulpa they created was a deity, they were expected to come to the conclusion that "even the most powerful deities were no more than creations of the humanmind". The pupil who accepted the tulpa instead "was deemed a failure – and set off to spend the rest of his life in an uncomfortable hallucination."[2]:117

From 1911-1925 Belgian-French explorer, spiritualist, and Buddhist Alexandra David-Néel observed these practices.[3] She reported tulpas are "magic formations generated by a powerful concentration of thought."[4] David-Néel wrote that "an accomplished Bodhisattva is capable of effecting ten kinds of magic creations. The power of producing magic formations, tulkus or less lasting and materialized tulpas, does not, however, belong exclusively to such mystic exalted beings. Any human, divine or demoniac being may be possessed of it. The only difference comes from the degree of power, and this depends on the strength of the concentration and the quality of the mind itself."[5]

The Western occult understanding of the concept of "thoughtform" is believed by some to have originated as an interpretation of the Tibetan concept of "tulpa".[6] The concept is related to the Western philosophy and practice of magic (or magick). Occultist William Walker Atkinson in his book The Human Aura described thought-forms as simple ethereal objects emanating from the auras surrounding people, generating from their thoughts and feelings.[7] He further elaborated in Clairvoyance and Occult Powers how experienced practitioners of the occult can produce thoughtforms from their auras that serve as astral projections which may or may not look like the person who is projecting them, or as illusions that can only be seen by those with "awakened astral senses".[8] The theosophist Annie Besant, in her book Thought-forms, divides them into three classes: forms in the shape of the person who creates them, forms that resemble objects or people and may become "ensouled" by "nature spirits" or by the dead, and forms that represent "inherent qualities" from the astral or mental planes, such as emotions.[9] 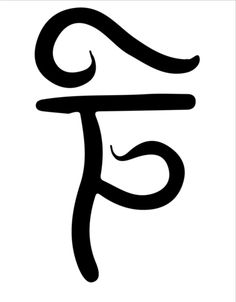 The first introduction of tulpa into western culture was through the journals of Alexandra David-Néel. Tulpa were discussed mainly in occult and paranormal related circles during this time although there were some references to tulpa in philosophical discussions of reality. The idea of tulpa began to slowly enter pop culture through the form of horror and monster stories most notably being a 1989 issue of DC Comics Detective Comics #601-603 in which Batman tracks down a "young man of Tibetan heritage [who] is using magic to create creatures to steal from the rich".[10] Tulpa were the topic in various forms during this time period ranging from horror novels to creepypasta.

The concept of tulpa most heavily entered recent pop culture through the show Supernatural. In Supernatural Season 1 Episode 17 "Hell House" (Aired March 30th, 2006) the two protagonists face off against a spirit that they believe to be a tulpa in an abandoned house.[11] In the show they reference a "Tibetan spirit sigil" which some say is a Tibetan symbol for creation. There is debate over the true source of the symbol but regardless is has become widely synonymous with the term Tulpa.

A tulpa is created in the mind by focusing on an imagined illusionary person and giving them repeated attention while imagining them to be sentient like a normal person. After enough focus and concentration the tulpa will start to act more independent and eventually reach the point where they show both signs of sentience and sapience. The exact reason that this phenomenon exists is unknown and highly debated. A well developed tulpa usually has a unique distinct personality from their creator and has their own dreams, goals, interests, tastes, opinions, and so on. Each tulpa exists as an individual and no two tulpa are alike.[12]

What is a Tulpa? Pros & Cons of Tulpa Creation Tulpamancy Terminology Glossary

Retrieved from "https://wiki.tulpa.info/w/index.php?title=Tulpa&oldid=259"
Categories:
Cookies help us deliver our services. By using our services, you agree to our use of cookies.